György Kárpáti has won 3 gold and 1 bronze medal for Hungary in Water Polo. At that time, he was considered the fastest water poloist in the world & won his first Olympic gold medal in 1952, at just 17 years old.

Alexander Tarics is the world’s oldest living Olympic gold medallist at 98 years old. The Hungarian Water Polo player particpated in the Berlin games in 1936 & is joining us in London to watch the 2012 London Olympic Games!

How fantastic to have such legendary athletes with us at Corinthia Hotel London! 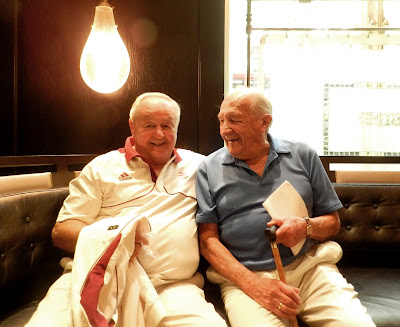